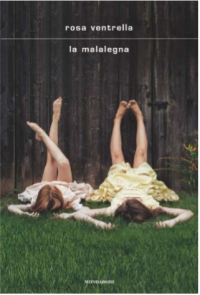 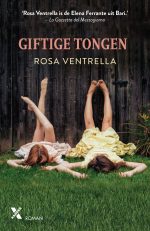 «Her writing has the unrefined and arcane beauty of a Sardinian Michela Murgia or a northern Laura Pariani.» — La Stampa

A rough, engaging and evocative writing which describes in depth the life of Malacarne, who grows up learning how to protect herself from the threats of life (…). This dramatic representation of the South is reminiscent of the best Neorealism. — La Lettura, Corriere della Sera

Remember this girl’s name: Maria, nicknamed Malacarne. And remember Rosa Ventrella’s name, that of the author who gave her life in a poor neighborhood of Bari, and created around her a fascinating familiar saga which is already legendary worldwide. —  Cristina De Stefano, ELLE

“A deep South, from the II World War to the 1950s. A women’s story, and a writer, Rosa Ventrella, who for the French is already “the new Ferrante”. — Marco Bracconi, Venerdì di Repubblica

“A family saga with a strong plot, a powerful writing style that captures the reader how only great storytellers can do.”  — Flaminia Marinaro, Il Foglio

“The family saga by Rosa Ventrella flows from the Second World War to the agrarian struggles of the 1950s, under the black cloud of the malalegna, the slander that at any time finds its favorite victims in women”.  — Cristina De Stefano, Elle

In this family saga, the author builds the story of two sisters, the story of the struggle of women and men against the abuses of the powerful landowners in Puglia in the ’40s and’ 50s. A powerful novel where the beauty and strength of women, holds firm love and bonds, in a magical and mysterious atmosphere of a world that knows legend and myth. An intense and vivid language that celebrates the resilience of the human soul and the strength of the bonds that survive everything.

Terre d’Arneo, 1940s. In this endless expanse of countryside in the heart of agrarian Puglia Teresa and Angelina, the daughters of a hired hand, grow up as different from each other as can be. Angelina is beautiful, exuberant and rebellious; Teresa, the narrator of the story, is introverted, rational and reliable.

When their father goes missing in war, their mother Caterina has no other choice than becoming the mistress of baron Personè, one of the most powerful landowners of the region. Here originates the malalegna (the “slander”), the poisonous, ubiquitous chatter that will make Caterina’s life unbearable. The shame she feels is shared by her daughter Teresa, while Angelina reacts in an opposite way: a daydreamer determined to rise out of poverty, she falls in love with the baron’s son.

Teresa’s voice softly moves on from this private shame to the story of a whole country from WWII to the socialist riots of the 1950s. A novel animated by gossip, chitchat and petty crime; a world where the earth, this harsh and odorous strip of Puglia covered in brambles and prickly pears, can give and take everything you have. A vivid and intense language which is not afraid to move and amuse, and celebrates man’s resilience and the strength of long-lasting bonds. 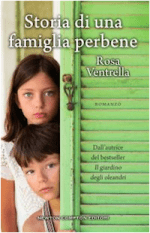