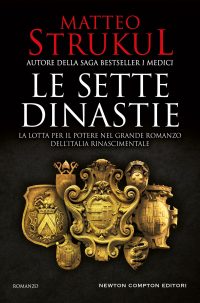 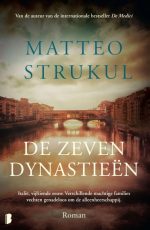 “Strukul is Alexandre Dumas 2.0: an eclectic and captivating author, whose historical tales are told with the pace and lightness of our times” – TTL – La Stampa

An Italian Renaissance Game of Thrones in a new unmissable saga

Renaissance Italy is torn apart by wars, intrigue, power struggles and broken balances. In the 15th century, the Italian peninsula is a constantly evolving powder keg, there is no duke, count or king with the power to regulate the chaos and political instability, even the Pope has lost control and has instead become a puppet in the hands of the powerful families fighting amongst themselves. The geometries and balances of power have never been so fragile and Le sette dinastie reconstructs, with cinematic pace, sixty years of history that changed the political geography of Italy and Europe forever.

In this powerful and gripping novel, Matteo Strukul shares with the reader the very essence of power: love, convenience, betrayal, crime and corruption; presenting it through the infighting within the Duchy of Milan between the Visconti and the Sforza, Venetian manoeuvring to control the papacy, the fragility of the kingdom of Naples, the rise of the Medici, the duplicity of the Savoys, and the expansionist designs of the French and the Spanish. Based around formidable and powerful characters, Le sette dinastie is a highly evocative novel that immerses the reader in its atmosphere and locations thanks to the wealth of detail about clothes, hairstyles, heavily laden dinner tables, armour, horses and palaces.

An Italian Games of Thrones that, on the strength of a rigorous historical reconstruction, leads the reader into an unstable, violent, dangerous, chaotic and incredibly fascinating world: the Italian Renaissance. 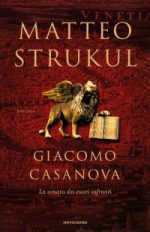