The Return of Moby Dick 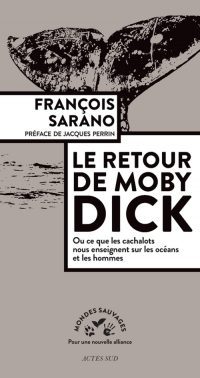 The Return of Moby Dick

What toothed whales have to teach us about oceans and humankind

For the first time in the world, a team of scientists and filmmakers set out on a five year observation project of a toothed whale pod off the coast of Ile Maurice. The divers managed to form a bond with the pod and understand their group relations. They observed the development of the young to adolescence and watched their personalities develop.

This book does not wallow in specialist waters but is accessible for all. It is the tale of adventure and journey into the world of the toothed whale. Its style is lively; the prose is full of fascinating anecdotes, providing essential keys to understanding the  ocean’s greatest carnivore and highlighting its incredible physiological and cognitive capacities. The author reveals the secrets of a matriarchal society and a culture much more sophisticated than Herman Melville portrayed. The altruism, language abilities, culture, capacity for reflection of the whale is on a par with primates and questions the relationship between man and animal.

The book shares sound recordings and videos via QR codes in the text available on the Internet site of the Longitude 181 association enabling readers to follow the current state of research in real time.