The Rest of Their Lives 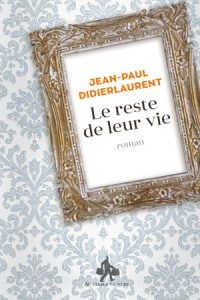 The Rest of Their Lives

Ambroise is a young embalmer who loves his job. Single and estranged from his father (a great professor of medicine who never accepted his vocation), he lives with his grandmother Beth, a diabetic and Breton woman, who is desperate to see her grandson getting married. Although she is very severe with the women that are introduced to her by Ambroise: they have to go through, Beth’s famous Breton cake, the kouign-amann (a very fat and heavy cake).

Manelle is a home-helper for old people. She is a sensitive young woman and likes her job, although some of her patients can be terrible. One of her favourite patients is Samuel Dinsky, an adorable old man, who hides a sad past linked to WWII and the camps.

When Samuel is diagnosed with a very painful brain tumour (that gives him huge headache) he decides to go to Switzerland and get there an assisted suicide. But when he asks her help to Manelle to go there, she refuses categorically: she has been traumatised by the abortion she got years ago and doesn’t want to be the accomplice of death one more time. Samuel therefore calls upon the help of a funeral company to get there, making up a fake story about a dead twin in Switzerland to be repatriate.

This is therefore Ambroise who is in charge, for the company he works for, to drive Samuel to Switzerland and supposedly come back with the corpse of Samuel’s twin. As Beth cannot stay alone – because of her disease – she is also part of the trip. And soon, the trio is joined by Manelle who couldn’t leave her old friend dying alone. Relationship between Ambroise and Manelle is immediately electric: while Ambroise ignores everything about Samuel’s real intentions, Manelle sees him as a cold hearth, ready to everything for money. On their side, Beth and Samuel form a perfect duo and Beth has of course spotted Manelle as a potential girlfriend for Ambroise. Especially because Manelle ate up in one sit Beth’s kouign-amann – that is of course part of the trip.

In Switzerland, Samuel is getting worst and worst and Manelle therefore explains the real situation to Ambroise who encourages her to respect Samuel’s decision. From this sincere conversation, starts a love story between Manelle and Ambroise. The day after is the last day of Samuel’s life. Although when he meets the staff of the company that is supposed to assist his suicide, a problem is immediately detected: Samuel’s ID has expired and they cant go further into the process.

As Samuel is suffering a lot, Beth, Manelle and Ambroise are looking for a solution. And Beth gets an idea: Ambroise’s father, who is a specialist of cancer, has his office at the World Health Office in Geneva, close by. Although Ambroise hasn’t talked to his father for years, they pay him a visit, in order to get at least a second medical opinion. The professor Henri Larnier immediately detects a mistake in Samuel’s scan: he has no tumour and his doctor in France only made a confusion with another patient – who is probably dead by now. Professor Larnier diagnoses a Horton disease to Samuel (a painful disease but that can be cured very easily and whose symptoms disappear after a few days of treatment). That day, that was supposed to be the last f Samuel’s life, is only the first of the rest of their life.

Indeed, Ambroise makes up with his dad (and realises that his dad is actually very proud of him and suffering a lot about the distance between them) and is deeply in love with Manelle. Beth, Samuel, Ambroise and Manelle go back to France, happier than ever.

Le reste de leur vie is a very commercial and tender novel that tells a cute intergenerational story, a love story but also a family story. The particularity of the novel are the characters of Ambroise and Manelle who have both difficult jobs that they actually like because of their big hearts and faith into humanity. As in his previous novel, the author creates an original universe, with many details and secondary characters that give an endearing and cosy atmosphere. 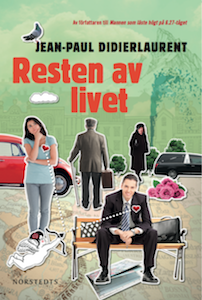