The Map of our Reckless Love 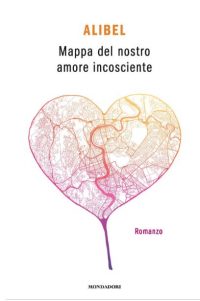 The Map of our Reckless Love

“Hi Fra, I’m back. It’s been a while but at long last I’m back in Rome. Could we meet, do you think? Let me know. Un bacio.” Sometimes it just takes a mere trifle like a message, a bunch of words separated by full stops, commas and a single, essential question mark, to change everything. To set off a tsunami of emotions that upset your peaceful life forever. And that’s when you can’t just keep still anymore.

This is what happens to Francesco, in his early twenties, struggling with days full of tired old habits, boredom perhaps, major and minor indecision, and doubts to which he has no answer. This is what happens when a message suddenly pops up on his phone from Aurora, his ex. Theirs was a great love, just as a first love can’t help being – passionate, reckless and full of contradictions. An affair that’s been over for a long time but that he hasn’t yet been able to forget. How could he, if his only hope since they left one another has been that she’ll return?

But now that he’s only a step away from seeing her again, Francesco starts to be afraid. He’s numbed by confusion. He’s short of breath. He must get out of his room – he feels he needs to escape, who knows whether from her or from himself. And so he grabs the little diary where he noted down everything that happened when she was his girlfriend, all the emotions he felt, all the places they went to together, and leaves the house.

Once more he gives himself up to his city – Rome – the busy streets, the better known and more romantic corners and the suburbs, all places that accompanied that love of theirs and saw it grow. Because to find the answer he’s looking for, Francesco needs to go back over the whole story again, from memory to memory, place to place. The diary he carries will act as his guide, helping him to recompose the map of their love and perhaps Rome, always his faithful companion, will save him once again, like it has so many times in the past.