The Man Who Knew Far Too Much. A secret agent at the heart of the Areva scandal 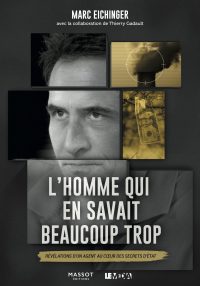 The Man Who Knew Far Too Much. A secret agent at the heart of the Areva scandal

Trader, fighter, secret agent… Who really is Marc Eichinger? All of those at once, you might say. Marc Eichinger is the person responsible for exposing the relationship between the shady mining company Uramin, the French multinational Areva, and the French government, almost by chance…

In early 2011, Marc Eichinger, a specialist in mines and finance, was running a consultancy firm called APIC, when Areva’s holdings department asked him to audit the company’s purchase of Uramin. What he found was explosive: when Areva bought Uramin, in June 2007, they fell prey to an organized fraud that was undoubtedly facilitated by accomplices inside the group. At that point, Eichinger went from being a consultant to a spy, a fly on the walls at Areva, a huge multinational group.

In this book, he describes his investigation, which took him to Kazakhstan, India, and Russia. The French government spent €4.5 billion to keep Areva afloat. Why did staving off bankruptcy matter so much to them? In 15 themed chapters, he lays bare the ins and outs of the Areva affair, which would, after several lawsuits, lead to indictments against the company’s founder and CEO, Anne Lauvergeon, and Gérard Arbola.

Marc Eichinger denounces corruption at the highest levels of the French government and raises the question of the immunity that is unofficially granted to graduates of ENA, the elite National School of Administration.