The Invisible Life of Euridice Gusmao 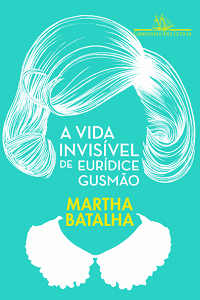 The Invisible Life of Euridice Gusmao

“A beguiling novel […] Has all that much changed? we can hear the author sighing between the breathless pauses of her fable-like saga, which fans out from the domestic purgatories of the sisters Gusmao to portray a comically stultifying (and dismayingly of-the-moment) community of narrow-minded parents, embittered neighbors and disparaging teachers who collectively snuff the promise and ambition from gifted women.” — The New York Times

“Be prepared to love invisible Euridice, who has so much more to offer than the confines of life in Rio allowed at the time. And be prepared to want to kick her in the butt and say, “Come on, woman! Don’t give in!” She doesn’t. For those who enjoy delving into characters and love to watch life unfold for others, this thought-provoking tale will satisfy. A worthy debut for Batalha, full of wry humour.” — Kirkus Reviews

“Humorous and exuberant, this book is a rare treat!” — The Chicago Review of Books

“A unique and enchanting novel.” —  Elle

“We love the raging irony of this story and its portrayal of a secret rebel.” — Cosmopolitan

“A jubilant novel about the emancipation of women.” — Madame Figaro

“Martha Batalha creates a nostalgic, exotic microcosm…full of compassion, but with a good pinch of irony and a hearty helping of humour.” — literaturkritik.de

“Good literature helps us see our daily lives in a new  perspective. This is the case of “The Invisible Life of Eurídice Gusmão”. A book that is simple in its form and rich in content.”  – Valor Econômico Newspaper

“One of the best books I read this year.”  – Cora Ronai, Columnist, O Globo Newspaper

“A remarkable new voice, a book difficult to put down.”  – Editor’s pick at Vogue Magazine

“Besides a vivid portrait of Rio de Janeiro during the 1940s, this novel depicts women’s struggle to fulfil their dreams in a male dominated society.”  – Uol.com.br

“The Invisible Life of Euridice Gusmão made me want to go back to my childhood Rio.”  – Lucia Guimarães, senior reporter, Estado de São Paulo Newspaper

“I could not stop reading this book. I fell in love with Euridice and couldn’t stop thinking about her.” - Ana Holanda, chief editor, Vida Simples Magazine

“In a clever and unusual way, Batalha takes the reader for a journey in the streets of the old Rio de Janeiro, filled with amusing tales told through its array of memorable characters. It’s a fun and delightful novel that makes one reflect about our own past and present.” – Carlos Saldanha, director of the motion picture Rio

“There are writers that pride themselves in writing about their own neighbourhood as though it could encapsulate the entire universe. Martha M. Batalha is no such writer. Her novel The Invisible Life of Euridice Gusmao encompasses not only a vast Rio de Janeiro, from North to South and across Downtown, but also spans for 80 years – from 1880 through 1960 – in order to tell the story of numerous families ruled by beautiful, stubborn women. It is an epic saga, a roman-fleuve. The difference is that Martha, a contemporary author, combines drama and humor with a savoir-faire unfailabely modern.” – Ruy Castro, writer

“If I had to choose only one literary asset among the lot that makes The Invisible Life of Euridice Gusmao such a remarkable narrative, I would point its most unique trait, one that enhances the state of the contemporary Brazilian novel itself: its piercing, unabashed and most of all, incredibly clever sense of humor.” – Alberto Mussa, writer

Entertaining novel. […] A story with a clear feminist message. But delivered by Batalha as a swinging social fairy tale. — VPRO

The Invisible Life of Euridice Gusmao tells the corageous story of Euridice Gusmão, born in Rio de Janeiro to Portuguese expatriates during the 1920s. Extremely resourceful, she is a woman with ambitious goals. However, neither her parents nor her husband, Antenor – an earnest yet stern bank employee – are supportive of her many inventive endeavors. Her sister, Guida, runs away after meeting the prestigious doctor Marcos, only to be burdened with the consequences of single parenting once he abandons the marriage around 1940. Intertwining these two powerful narratives, the author paints an enlightening picture of the progressive women of the era and the struggles they faced while attempting to carve their own place in a male-dominated society.

As the reader follows the misadventures of both sisters on their quest to happiness and fulfillment, we are introduced to an array of amusing characters: Zelia, Euridice’s hilariously bitter neighbor keen on spreading rumors through the grapevine; Zelia’s father, Alvaro; Filomena, a former prostitute who poses as child caregiver; and Maria das Dores, Euridice’s hardworking maid. Another pivotal character is the bachelor Antonio, who lives with his abrasive hypochondriac mother, Eulalia, while in constant pursuit of Euridice’s and then Guida’s attention.

As Rio de Janeiro grows into its unique brand of cosmopolitan flare in the early 20th century, the author guides us through the journey of these two equally resilient women, a narrative told from their points of view. It will not be long until they realize that all the joy and fulfillment they crave are, in fact, hidden in places they have never imagined before. 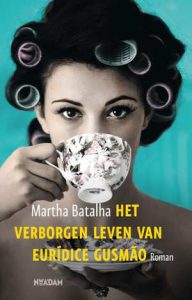 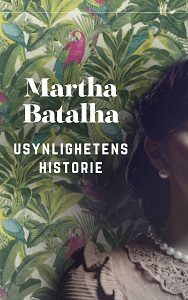 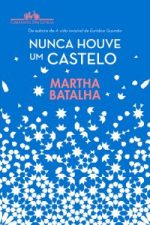