The Girl Who Disappeared at Altamont 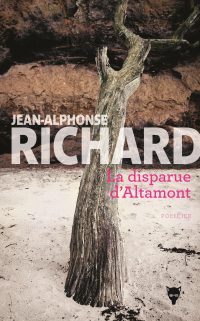 The Girl Who Disappeared at Altamont

A debut crime novel inspired by Altamont festival, the failed and chaotic “anti-Woodstock” organised by the Rolling Stones. Fifty years on, one of the Hell’s Angels who looked after the festival’s (catastrophic) security is found dead with a gunshot wound in the head. Inspector Don Martin looks to the origins of the crime, which hides many other secrets…

At the end of the sixties, the Rolling Stones, upset at not being invited to Woodstock, decided to organise their own festival. But the event, which took place at the old Altamont speedway near San Francisco, was prepared too hastily. The Stones asked the Hell’s Angels o act as security in exchange for free beer. The crowd, under the influence of drugs, quickly got out of control. Violence escalated and the concert deteriorated. In this novel, fifty years on, a former Hell’s Angel, Scott McGwyre, is found shot dead in the head.

Inspector Don Martin, soon at the scene of the crime, finds what looks like the first clue: a photo taken by Scott at Altamont festival. On it can be made out a young girl with a sad stare and two boys. Who are these people? Simple spectators or troublemakers? Was Scott involved in the violence at the festival?

A police officer with exceptional intuition, Don Martin will have to look to the past and find out what really happened at Altamont.

A classically crafted crime novel that explores the troubled history of the little known Altamont festival, the dark and violent version of Woodstock.

Jean-Alphonse Richard is police-justice editor at RTL radio. The Girl Who Disappeared at Altamont is his first novel.