The Girl on the Beach 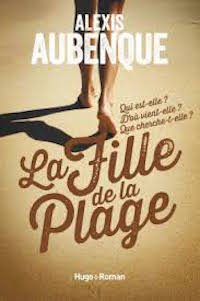 The Girl on the Beach

The Girl on the Beach is a surprising summer thriller! It is the beginning of summer in Santa Barbara, and Dylan, Sandy, Keith and Matt dream of new adventures, love games and independence. University is over, and they are free to enjoy days in the sun and parties on the beach. However, their lives change forever when a young girl, Chelsea, is found unconscious on the beach. As Chelsea struggles to recover her memory, they will each question their lives, even if it shatters the pact that binds them since childhood. Their parents, either absent or too preoccupied by their own shortcomings, fail to support them, but three surprising characters, a dance teacher, an artist biker and a wise grandmother help them to confront the truth that lies ahead.

In his forties, Alexis Aubenque is well-known for his thrillers, of which over 200,000 copies were sold. He has received prestigious awards and has been translated in several languages.