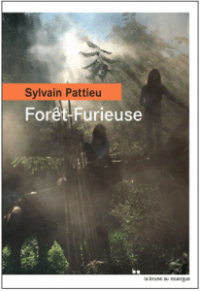 In an unspecified era on an isolated land, child survivors of a war are being housed in an institution on the edge of the forest. In this ‘colony’ we find Little-Miss-I-Can-Do-Everything-On-My-Own, Dearest-Destiny, Mohamed-Ali, Boat Race, He-Laughs-At-Anything and many others besides. They are split into two factions, with the Strongs and the Bitches competing for power and pleasure. These children are re-enacting amongst themselves the violence they have themselves experienced. But there is also the sun, the fresh air, the forest, the friendships and the love affairs which help to mend some of the wounds of the war. However, violence will catch up with them again when the nearby village is invaded by ogres wielding hefty sharpened blades who usher in the Terror. They must all submit to the law of the All-Powerful and the children are transformed into fledgling warriors. Betrayed by one of their own, a small group of children manages to take flight on the open roads under the female leadership of Onyx…

Born in 1979, Sylvain Pattieu lectures in history and teaches a Master’s in creative writing at the University of Paris 8-Saint-Denis. He is a junior member of the Institut Universitaire de France. Forêt-Furieuse is his fourth novel published in the La brune imprint.