The Five Parts of the World

The Five Parts of the World

On July 21, 1969, astronauts Neil Armstrong and Edwin Aldrin are about to walk on the moon. On a rainy night in Toulon, in the neighborhood of Little Chicago, two sailors – Petty Officer Christian Victor-Marie Duval and Victor Colbert, his cabin-boy called “Vichy-Menthe” – push the door of the Miami Bar. The tradition is that the elder must “provide a wife and a beer” to the youngest. Which one of Linda, Maggie, Josy or Kuku will be chosen to go with the cabin-boy? Why does Lip, the head of the Military Police, want to prevent the ritual from being fulfilled? What secret is protecting the owner, Mrs. Lin Ho, who is hiding a treasure? This debut novel is a theater of shadows and illusions, governed by a desperate quest for love, where all the stories are leading to one conclusion.

The television adaptation of the book won the 2012 Golden FIPA for best film and for the best original music. 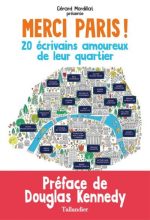