The Demon on Wolf Hill 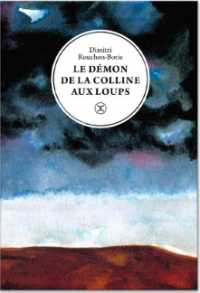 The Demon on Wolf Hill

For me, reading THE DEMON ON WOLF HILL was a complete shock. I was hypnotized by the language, by this narrating voice. It is violent and yet luminous and empathetic. Despite the horrors, you are able to feel the extraordinary strength of its profound humanity. I will never forget Duke’s voice. – Giovanna Canton

A killer tells his story. Hidden behind the revealing plot of this debut novel is a bold intention: to expose every last thought of an individual as frightening and cruel as he is endearing and self-aware.

Duke writes from jail. Before dying, he tells the story of his broken childhood, destroyed by incest, and wretched teens, spent between foster families and junkies. Duke wonders whether he could have escaped from the Demon who led him to violence. Is he guilty? And can anyone truly elude their heritage?

These lines from The Demon on Wolf Hill sum up the sense of urgency to put words to the human condition contained in this astounding text. With eruptive language, Dimitri Rouchon-Borie’s debut novel fiercely recounts the lot of a human being in prison.

This novel is a revelation, a light in the darkness.

A word from the publisher

When you are lucky enough to cross paths with an outstanding book, you can hardly forget about it. Le Démon de la colline aux loups is definitely one of them. Dimitri is a French journalist. His daily life has led him to cover trials and write about them. He is used to describing violence and crime, brutality and abuse – the absurdity of the human condition. Because he has witnessed horror and its banality for years, he felt one day the need to go further, beyond its mere narrative. He offered a voice to one of those criminals, a player in a tale told by destiny. He became one of them. A man is in prison and Dimitri allows us to listen to his story, which is also the story of us all.

Like a volcanic eruption, The Demon came to life in only three weeks. It is a first novel, an exceptional event, the birth of an author and of a language. A character that will forever leave its mark on those who, like me, cross paths with him.