The Cyclist and His Shadow 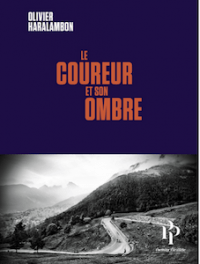 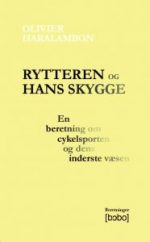 The Cyclist and His Shadow

One of the best accounts of cycling I have ever had the pleasure of reading. — Benoît Heimermann, L’Equipe Mag

One of the finest French books of recent years. One of those texts where you read each sentence twice to savour the beauty. — Eric Naulleau

What a masterly book! Olivier Haralambon is the only person to have taken this particular route. He writes about the invisible things, about the unspoken world in which we live. The ending is superb and brought tears to my eyes. — Philippe Bordas

Olivier Haralambon celebrates the poetry of the tarmac through his own experiences of cycling. After reading that sentence, I can already sense you raising your eyebrows. Perhaps you’re one of those people who think the Tour de France is a boring spectacle which has had its day. You’re entitled to your opinion, and I won’t hold it against you. But do take the trouble nevertheless to open this book and read it. Appreciate it for what it is: a hymn to freedom and solitude, obstinacy and pain, and to a way of life which transforms a slave to the road into a dancer. — Julien Bisson, Lire

Read ‘Le coureur et son ombre’ slowly and watch the paragraphs unfolding delicately. This is a great book, free of the usual mythology. Arguably, the world of cycling has never before produced such an intimate, genuinely original and unsullied vision. — François Paoletti, Ecrire le sport.

A book which is rare in its ability to convey the introspective dimension of a discipline which is so arduous and so rich in paradoxes. (…) A reading experience which is a real shot in the arm. — Richard Gaitet, Radio Nova

In 160 pages of great intensity, the whole universe of cycling is made real and dissected in precise, muscular and poignant prose. The moment finally came when Olivier Haralambon, a professional cyclist, had to give up racing for a living, but his love affair with cycling has never ceased. He went on to study the philosophy of the body. The sportsman gave way to the thinker and writer who evokes the sheer poetry of cycling as a physical endeavour in this book.

This brief but intense essay initiates us into the universe of major-league cycling and offers an in-depth physical, sociological and aesthetic analysis of man as a cycling animal. The physiological mechanics as well as the strenuous mental demands are examined in minute detail, due tribute is paid to the greats of the sport and the magnificent landscapes, lined with ardent fans, are evoked with great lyricism. For the first time, the true essence of the cycling experience has been captured. He is not seeking to make us love cycling, but he does want us to understand the feeling.