The Cry of the Stalk 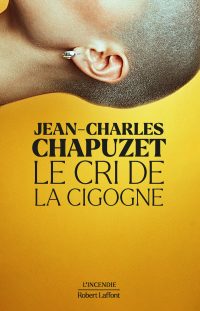 The Cry of the Stalk

Over the course of our lives, we pass through many small towns and villages. One radiant late morning, on Sunday, October 15, 2006, it was the village of Olaszhalom that a history professor and his two children were traveling through on the way to meet friends for lunch. Over two hours from Budapest, the Tokaj region is famous for its rolling countryside and golden wines. The village of Olaszhalom counts just 1500 inhabitants, a gas station, some storks, and three churches. Running underneath the main road is a river in which dozens of Romani people are horsing around. A little further up the road are the ruins of a synagogue that recall the Holocaust. A child suddenly runs in front of the professor’s car. The squeal of the breaks resounds throughout the village. From that moment, all the hate brooding in the country crystallizes and the name of Olaszhalom becomes a curse. Eva, a 12-year-old girl who swims like a champion and hates spending Sundays with her family, was in the car with her father and little brother on that fateful day. After the accident, her fate but also her past will become trapped in a chilling story involving Beethoven, champion swimmer Laure Manaudou, and a man named Viktor Orbán.

“If you have no hate, then you have no heart.” After his remarkable works of non-fiction, including ‘Bad Planning on the Comet’ and ‘Blue in the Night’, Jean-Charles Chapuzet now offers a first novel full of chilling realism, inspired by a true story.