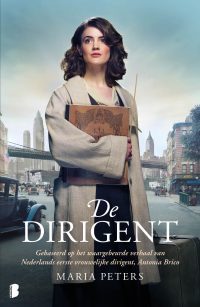 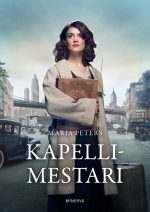 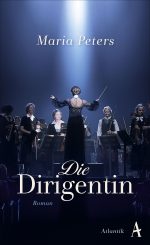 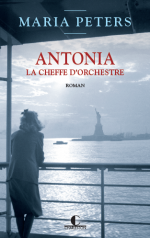 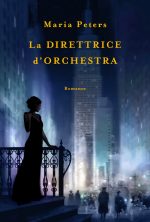 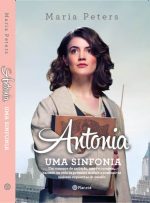 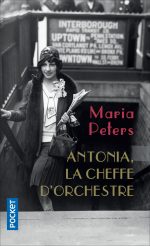 HandelsbladIn these times of #MeToo and discussions on the glass ceiling, Peters brings a fascinating woman from history back to our attention and gives us the right story at the right time. — de Volkskrant

Whoever thinks that we’ve come a long way over the past 100 years, had better realise that the first fe-male conductor of Radio Philharmonic Orchestra was appointed in 2019. — Trouw

When Maria Peters started working on The Conductor thirteen years ago, she could not have fathomed how relevant it would be today. Antonia Brico was at least a century ahead of her time. — Filmkrant.nl

Maria Peters’ marvelous novel is not only based on the true story of the first female conductor but is also a most captivating and deeply touching read which delivers profound insights not only into history and society, but also into human nature itself: a glorious and important book which I am proud to publish as a lead title at Hoffmann and Campe/Atlantik this year. — Tim Jung, editorial director Hoffmann & Campe

We were drawn by Willy’s force from line one, she is one of a kind, the sort of character you long and feel for. One of the most inspiring heroines we have ever known. The novel is enchanting and full of hope, absolutely needed nowadays. And the love of music is really contagious! — Aurora Cuito, acq. editor Duomo Ediciones

Willy Wolters has a dream: to become a world-renowned orchestra conductor. But there is one problem: Willy is a woman. In 1926, women were rarely allowed to enrol at the conservatory to study a musical instrument, let alone study conducting. But Willy is determined. She has a side job at the Royal Concert Hall, spends hours behind her piano every day and searches tirelessly for a conducting teacher.

Under her new name Antonia Brico, Willy sets off from Amsterdam to Berlin and eventually New York. Her journey introduces her to a great many new people, including the immensely wealthy and attractive Frank Thompson, who is well-connected in the music world. At first, the two can’t stand each other, but the more they run into each other, the more they realise their mutual affection. In the meantime, Willy’s efforts are finally paying off. But if she decides to chase her dreams, she’ll have to leave Frank behind.