The Child is the Master. A Life of Maria Montessori 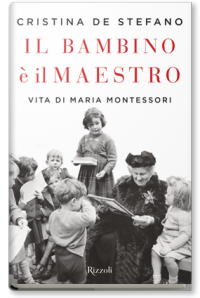 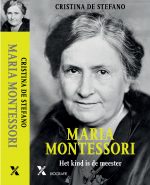 The Child is the Master. A Life of Maria Montessori

”Confronting a character of such an iconic consideration, embracing her myth devoid of prejudices and bereft of any apprehension is an elusive task and one which Cristina De Stefano is able to accomplish.” – Robinson, Literary Supplement Repubblica, Viola Ardone

Did you know that Maria Montessori wanted to be an actress when she was a girl? That the teaching material that made her famous was not hers but largely created by aFrench doctor?That she dreamt of founding a religious order of consecrated teachers? That in her youth she was a feminist, suffragette and theorist of free love? This is the biography of a great woman who sensed the power in the minds of children, forever changing the way adults look at them.

“Montessori was a crazy young woman who then turned into a cunning old one.”

This was the comment of an Italian academic in 1950, when the founder of the Montessori method visited Italy and would be showered with praise.Pedagogues never saw her as one of them, and she responded by describing theirs as “pedagogy based on idle chitchat.” Scientists always accused her of being too mystical, and the clergy of being too scientific. In general, the world was not kind to her, while on the other hand she was never a particularly loveable figure.

She had a fiendish temperament, enormous self-importance and almost every other trait necessary to displease the men of her era, for it was men, at that time, who wrote history. She was an iron lady at a time when women were supposed to be as soft and pliable as their crinoline dresses. She studied until she became a doctor at a time when female graduates in Italy aroused outright scandal. She never wished to marry nor to have children, in a context – that of late nineteenth-century bourgeois Rome – where this was believed to be the destiny of every woman, and when she became pregnant by a colleague of hers, she abandoned her son so as not to renounce her career.

Then, around the age of thirty, she was struck by the work carried out with children from the slums of the San Lorenzo neighbourhood and realised what she wanted to do with her life – change the school and therefore the world through a new approach to the child’s mind, no less. – she became even more disruptive. After quickly becoming famous throughout the world(and remarkably so, given the lack of internet or social networks at the time)she had to deal, unprepared and single-handedly, with her sudden renown and a steady pilgrimage of admirers and requests from every corner of the globe. She created an international movement which she guided with an iron fist, patenting her material, defending the integrity of the method and insisting on being the only one allowed to train her teachers.

In other words, she was a woman of power, the ruler of a tumultuous little empire which she later bequeathed to her son. For indeed, one fine day she had set off to take back her abandoned child, on her own terms, challenging the law and from then on presenting him as her nephew and secretary so as not to ruffle feathers in bourgeois social circles. She amassed a remarkable fortune, since the Montessori movement was also a financial enterprise, fuelled by the sale of her materials and training courses.

She was always a free thinker, one who spoke of sex education, freedom from marriage, social justice, while at the same time being a hard-lineCatholic who for decades tried to convince the Pope to approve the idea of a secret lay order of consecrated school mistresses.

In politics she was opportunistic to the point of recklessness, willing to collaborate with any regime as long as it meant she could promote her ideas. Her most long-standing collaboration – for around ten years – was actually with the Fascist regime: most likely this was what cost her the NobelPeace Prize, despite having been nominated for it several times.

While the bibliography on the Montessori method is vast, there is only one biography of its founder, published by Rita Kramer in America in 1973 and now somewhat outdated. The current proposal is for the first biographical work on Maria Montessori written by an author who is not a member of theMontessori movement, but who has been granted access to original letters, diaries, notes and texts written by Montessori herself, as well as a range of other unpublished material.