The Angel of Munich 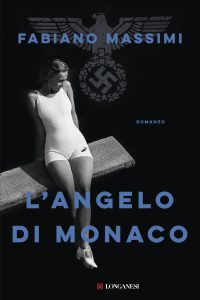 The Angel of Munich

What a voice! – Andrea Vitali, «TuttoLibri»

A thriller Ken Follett could have written, skillfully mixing reality and fiction in a crescendo of breathtaking twists. – Paola Sorge, «Il Venerdì»

You will hear a lot about Fabiano Massimi. – Cristina De Stefano, «Elle»

A gripping thriller bringing back to life one of history’s most obscure cold cases. – Bruna Magi, «Libero»

One of the best names in the genre. – Piergiorgio Pulixi on Facebook

The Angel of Munich is a historical thriller centered around the murder of Angelica Raubel, Hitler’s niece in Munich in 1931.

The death of Angelica ‘Geli’ Raubal is a historical fact. However,  we do not know with certainty how things went on 18 September 1931 on the second floor of Prinzregentenplatz 16. The last witnesses of those turbulent times died a few years ago, leaving a Homeric silence behind or, what is sometimes worse, contradictory memories.

According to Director Tenner’s final report deposited in the Police Archive of Munich on 28 September 1931, the commissioners in charge of the case were a certain Sauer and a certain Forster. Since we know nothing more of them, not even their first names, the author took the freedom to lend them invented thoughts and actions. He did the same with the other, historical characters of the novel, although always respecting the sources and with the sole intention of telling this essentially true story in the best way possible.

Angelica ‘Geli’ Raubel was once a woman in flesh and bones, who lived her life day after day, unaware of her destiny as we all are, capable of joy but also of sadness, with her vibrant dreams, high ambitions, strong desires and enthusiasms, all swept away by a shot and then consigned to oblivion.

There was no justice for her death. In this novel, the author strives to do justice to her life.