That Which Is And Is Not Quite There 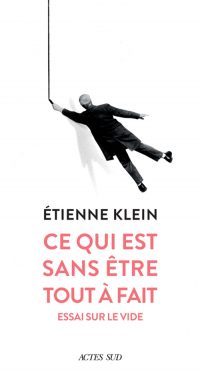 That Which Is And Is Not Quite There

Étienne Klein embarks on a brief history of the vacuum, beginning with the philosophers of Antiquity (Democritus, Parmenides, Aristotle) and then moving on to the experiments of Galileo, Torriccelli and Pascal that were to prove the existence of the vacuum and settle one of the great debates of the Renaissance.

From that point on, the vacuum has increasingly become a core concept whose nature and properties vary depending on the physical theory in question: the vacuum of Einstein’s theory of gravitation is not the same as the vacuum of quantum mechanics.

In the present day, bringing together these various types of vacuum into a single theory has become one of the main goals of theoretical research in physics. Recent astrophysical observations have led scientists to posit the existence of dark energy, which is present throughout the universe and may once again revolutionise our picture of the universe and the vacuum.

A physicist and doctor in the philosophy of science, Étienne Klein runs the physics research laboratory at the Alternative Energies and Atomic Energy Commission (CEA) and teaches at the École centrale in Paris. His previous tittle, La Pays qu’habitait Albert Einstein (2016) sold 40 000 copies sold in France and rights have been sold to Italy (Ponte alle Grazie), Spain (Librooks), China (Shanghai 99) and Poland (Copernicus).