Sometimes It’s the Devil Who Saves You From Hell 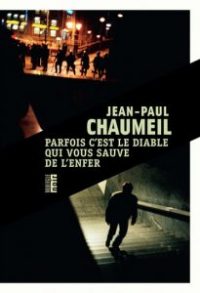 Sometimes It’s the Devil Who Saves You From Hell

Boris’s wife died in New York on 11 September 2001. In a spirit of vengeance, he went to fight against the Taliban in Afghanistan, but now lives in Bordeaux and has become a private investigator. One night he intervenes to stop a homophobic attack during which a man loses his life – a police officer who had infiltrated a far-right movement that was preparing a terrorist attack. In a video filmed in secret, Boris recognises his daughter Julia, and he realises that the only thing he has passed onto her is the depth of his hatred. According to intelligence reports, Julia is ‘in the process of becoming radicalised’.

Against the electric and seductive backdrop of Bordeaux, Boris attempts to keep one step ahead of the police. Although he has failed in her upbringing, he believes that it is still not too late to save her. Jean-Paul Chaumeil pits a protective but inadequate father against clandestine extreme far-right militants and also against a team of cops who are trying their best to cling onto their moral compass in a France threatened by terrorism on every front.

Jean-Paul Chaumeil lives in Bordeaux. He is the author of Ground Zero (Le Rouergue, 2015), which garnered very positive reviews.