Sleepless Nights And Kisses For Breakfast

Sleepless Nights And Kisses For Breakfast

“A charming and delightful look at fatherhood.” —Publishers Weekly

“Bussola has written a heartwarming collection of vignettes about his cosmopolitan life in Verona, Italy, with his wife and three young daughters. What started out as a Facebook journaling project has turned into a best-selling book in Italy. The storytelling skills he’s honed as a successful cartoonist are aptly put to use in this newly translated memoir.” —Booklist

This #1 Italian bestseller, offering a father’s observations of the everyday moments that might otherwise go unnoticed, has struck a chord with readers around the globe. Matteo Bussola is a designer and cartoonist who lives in Verona, Italy with his wife Paola; their three young daughters, Virginia, Ginevra, and Melania (ages eight, four, and two); and their two dogs. For two years he has been writing about their adventures on Facebook. Thousands of people read, comment on them and share them. Some of the stories make us laugh, others pose questions. One was read by over 500 thousand people, going viral.All of them, without exception, strike a chord within us. The light of an autumn afternoon with one daughter curled up asleep on top of you, the other two singing as they play.

The nights spent working and the ones spent sitting up at the girls’ bedsides. The unexpected questions that force you to look for the right words. The messy plaits, shoelaces to be tied, the tickling competitions, kisses at all hours. These are the moments of normality that will never be the same again and that Matteo Bussola captures in his delicate and often ironic writing. The father of three little girls, he manages to reflect the amazement in their view of life, the same way he himself has tried to observe the world ever since they were born.

Crazy conversations, amusing scenes of domestic life, thinking done on the spur of the moment. In the “habit of staying home” unexpected freedom is to be found; through the little motions of everyday life comes the discovery of how much poetry there is in being a father. 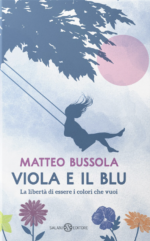 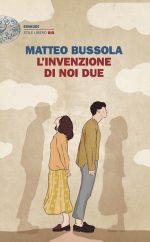 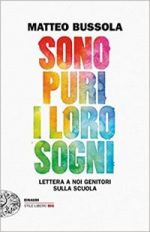