Saved By The Siesta...The Great Benefits of a Little Nap 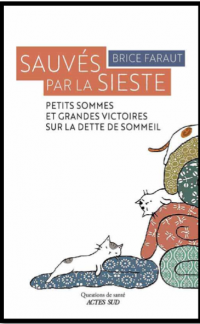 Saved By The Siesta...The Great Benefits of a Little Nap

The aim of this book is to help the general public understand how siestas work and the remarkable role they can play in overcoming the destructive effects on the brain and the body of a shortage of sleep – for a siesta is like a night’s sleep in miniature.

It fulfils all the same functions – hormonal, purifying, curative, consolidating and reinvigorating – as well as having the same therapeutic values: it helps us to combat sleepiness, pain, depression, weak immunity, stress, hypertension, excess weight, diabetes and cardiovascular disease. But to take advantage of all this we need to be aware of its subtleties: the various types of siesta, the correct body position, the times that are conducive to sleeping, the most effective durations, the stages of sleep which heighten awareness, cognitive performance, memory and creativity, and the tricks for waking up without feeling sleepy and for getting to sleep quickly.

The neuroscientist Brice Faraut has conducted research for several years into the effects of restricting sleep as part of a broad European consortium. In Paris in 2014 he was involved in creating the VIFASOM (Vigilance, Fatigue, Sommeil et Santé publique) research team which, as part of the Centre du sommeil et de la vigilance de l’Hôtel-Dieu, has enabled him to continue his research into the effects of sleep deprivation and of people’s capacity to recover from it. He is the author of numerous scientific publications. His recent discoveries of new effects associated with siestas have given rise to many articles and interviews in the French and international media.