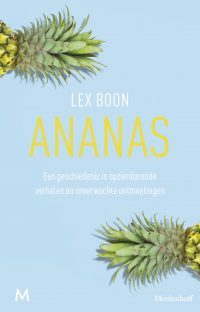 Telling a story in the most beautiful way possible is Lex Boon’s trademark. —NieuweJournalistiek.nl

Put pineapple on a pizza or a grilled cheese and you’ve got yourself a ‘Hawaii’! But why? Ask Prince Pineapple, also known as Lex Boon.  — NPO Radio 2

What an awesome book […] I didn’t know that a non-fiction title about pineapples could be such a page turner. […] The book is a wonderful road trip and takes us to places like Ghana, Florida and Scotland. […] Open this book and the sun begins to shine. — De Volkskrant

Boon has a great eye for telling anecdotes (…) patience and willfulness can yield a good story. — De Volkskrant

This book is refreshing. You become fascinated by a topic that didn’t really mean anything to you before, and you remain fascinated… — NRC

Name an event, and Lex can connect a pineapple story to it. — Vice.com

A fantastic and addictive adventure that keeps getting larger proportions. — Zin

Lex Boon takes the reader to all corners of the world. — VPRO radio

A masterpiece, a pleasure to read. — DWDD

A pleasant surprise. His prose, witty and playful, but at the same time down to earth, is reminiscent of Bill Bryson’s work. — NRC Handelsblad

A fantastic and addictive adventure that&#39;s getting better and better. — ZIN

For the readers of Mark Kurlansky’s Salt and Cod

One day Lex Boon’s girlfriend returns home with a present for him — a pineapple plant from IKEA. Then she dumps him. In an attempt to get over his heartbreak, the journalist decides to investigate the small green fruit he was given. He sets up a Google News alert for pineapple stories and what follows is a five year round-the-world journey of discovery, a new relationship, fatherhood and a surprise hit book.

Newly single and in need of a holiday, Boon reads a news story about pineapple farmers in Thailand dumping their harvest to blockade the motorway. He jumps on a plane. Once there, the investigative journalist finds himself caught up in the opaque world of fruit trade and overproduction. He discovers where and how pineapples are grown, harvested and packaged for export in factories, who the middle men are and how the fruit end up in our supermarkets and grocery stores priced at just a couple of euros.

While staying in the pineapple folly of a 17th century mansion in Scotland, Boon delves into the history of pineapple and the various fashions it has launched.

Columbus might have brought the first specimens to Europe in the fifteenth century, but it was Spanish historian and pineapple fan Oviedo who ignited the European passion for the ‘prince of all fruits’. In the 17th century, the growing interest in botany in the two most powerful imperial nations at the time — England and Holland — would lead to the hothouses which could keep tropical plant varieties such as the pineapple alive.

At a pineapple congress in Costa Rica, Boon tracks down the creator of an extra sweet variety for Del Monte, and explores that company’s once monopoly on breed- ing pineapple varieties. Boon even goes on to export a superior variety himself from Ghana, the Smooth Cayenne, and discovers the pitfalls in the market. Along the way the reader is fed interesting titbits such as how Sponge Bob’s pineapple was misdrawn mathematically (the pattern of growth should be a Fibonacci series) and why pineapple and meat pair well on your plate (its unique enzyme bromelain breaks down protein).

Boon’s travels turn up fascinating insights as well as a comprehensive view of pineapple production and trade. This fun, wide-ranging and well-reviewed book also helps us as consumers to know what we should buy: Fairtrade, whole, tinned or ready-cut? ‘However small a subject, there’s still an infinite amount to tell about it’ is Boon’s adage. 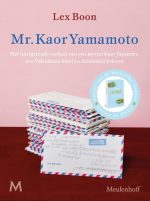