The Pharmacist of Auschwitz: The Untold Story 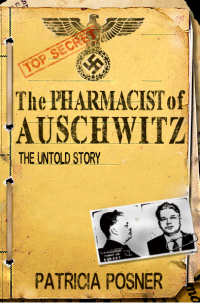 The Pharmacist of Auschwitz: The Untold Story

Posner ably delineates how Capesius and others enriched themselves by stealing inmates’ jewelry and gold from their teeth. A gruesome story eloquently told. – Kirkus Reviews

A harrowing, beautifully written and extremely well-researched account of a little-known aspect of the Holocaust. Patricia Posner’s fine prose style grips from page one, and the horror will stay with you long after you finish the book. – Andrew Roberts, author: The Storm of War

Posner avoids sensationalism and gives us a harrowing and important read. – Jewish Renaissance

Posner’s book doubles as the spellbinding story of Nazi Germany’s largest industrial conglomerate, I.G. Farben . . . [and] in one important way, her book is a celebration of a rare kind of heroism. Its compelling side story offers an in-depth profile of Nazi hunter Fritz Bauer, who proved relentless in hunting down Capesius and bringing him to justice. – Dallas Morning News

A very hair-raising, eye-opening, breath-taking story of greed, corruption, and pain….needs to be in every single English class around the world . . . . Words cannot even properly describe the devastation that unfolds within these pages. There are moments in the book where you feel as if you are there along with the SS officers and their prisoners. — San Francisco Book Review

An important work. . . . Patricia Posner makes sure that new generations can understand that the path that he, and others like him, led them straight to the gates of hell and beyond. — Rabbi Abraham Cooper, Associate Dean, Simon Wiesenthal Center

The research is impeccable . . . The prose is clear and concise . . . Good for you, Patricia Posner, for documenting a story that really is not yet over. This is a gripping read. Highly recommended. – miamiartzine

The Pharmacist of Auschwitz is the little known story of Victor Capesius, a Bayer pharmaceutical salesman from Romania who, at the age of 35, joined the Nazi SS in 1943 and quickly became the chief pharmacist at the largest death camp, Auschwitz. Based in part on previously classified documents, Patricia Posner exposes Capesius’s reign of terror at the camp, his escape from justice, fueled in part by his theft of gold ripped from the mouths of corpses, and how a handful of courageous survivors and a single brave prosecutor finally brought him to trial for murder twenty years after the end of the war.

The Pharmacist of Auschwitz is much more, though, than a personal account of Capesius. It provides a spellbinding glimpse inside the devil’s pact made between the Nazis and Germany’s largest conglomerate, I.G. Farben, and its Bayer pharmaceutical subsidiary. The story is one of murder and greed with its roots in the dark heart of the Holocaust. It is told through Nazi henchmen and industrialists turned war criminals, intelligence agents and zealous prosecutors, and intrepid concentration camp survivors and Nazi hunters. Set against a backdrop ranging from Hitler’s war to conquer Europe to the Final Solution to postwar Germany’s tormented efforts to confront its dark past, Posner shows the appalling depths to which ordinary men descend when they are unrestrained by conscience or any sense of morality.

Pursuing newly opened legal archives to expose the case of a Romanian-born German pharmacist who was key in dispensing Zyklon B poison gas and attending to the selection process at Auschwitz.Why is a case decided at the 1965 trial of Nazi criminals garnering new interest? Miami-based journalist Posner, who has collaborated on many books with her husband, Gerald Posner, focuses on a little-known middle bureaucrat, Victor Capesius (1907-1985), who played an important role at the Auschwitz death camp yet flew under the denazification radar for many years after World War II. The hunting of Nazi criminals in Germany was stymied by the burden of having to prove that a defendant was linked to a specific killing. However, after the landmark decision in 2011 against John Demjanjuk, a former guard at Sobibor death camp—which stated that “it was impossible for anyone who served at Sobibor not to have played an integral part in mass murder”—many cases were reopened. Posner tells the story of a middling ethnic German man from a small Transylvanian town who gained his pharmaceutical doctorate degree from the University of Vienna and eventually landed a plum job as a national sales rep for Bayer, IG Farben’s drug subsidiary. The author delves into the Farben role in building up the deadly Nazi war machine and specifically Farben’s construction of a synthetic rubber-fuel plant run by slave labor: Auschwitz. Enlisted in the German army in 1943 and stationed to Auschwitz to take over the chief pharmacist job when his predecessor was arrested for “spreading defeatism,” Capesius had the keys to the dispensary, which held medicine and the Zyklon B that was used in the gas chambers. Thousands of innocent people were selected to die by the flick of his hand. Posner ably delineates how Capesius and others enriched themselves by stealing inmates’ jewelry and gold from their teeth. 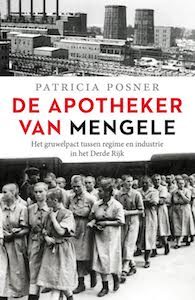 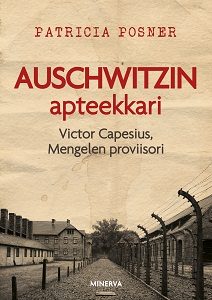