The Office Life of a Guinea Pig

The Office Life of a Guinea Pig

Cornelisse brings an entire system down in a particularly witty way. And she does so without any pretense and with a wonderful sense for language. —Metro (****)

In short chapters, […] Paulien Cornelisse draws miniature pictures of life at the office, which is centered around the stapler and the pantry. It’s a habitat which distinguishes itself by its patheticness and futility that prompt colleagues to search for the limits of humor. […] It’s so realistic that it gradually becomes more than just mocking satire. —NRC

All of us are guinea pigs in the laboratory of God. Humanity is just a work in progress. —Tennessee Williams

The guinea pig Cavia works in the Communications Department. In short, humorous sketches, we get to know her and her colleagues: Stella from Human Resources; Vince, the creepy head of Finances; and Harold from IT, who has kept a tamagotchi alive since 1999.

A guinea pig working among humans in an open-plan office: it might sound improbable, but anyone who has ever worked in this environment is sure to recognize the guinea pig’s adventures in officeland. From a symbiotic relationship with the coffee machine to passive-aggressive e-mails and the perils of the office kitty.

The Office Life of a Guinea Pig is comical and poignant: a must-read for anyone who has ever had colleagues, or still has them. 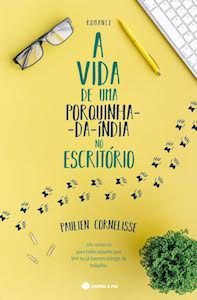 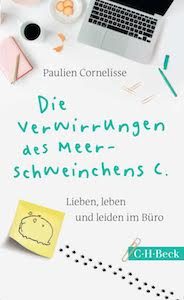