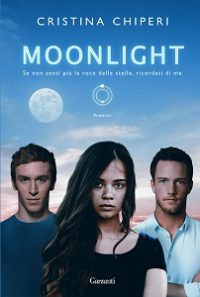 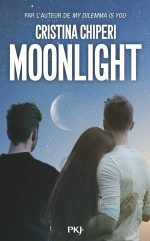 Cristina Chiperi brings us back into the fantasy world of Daisy and Ethan, the protagonists of Starlight, the first book in her new acclaimed series. As a young author who has been climbing the charts, Cristina earned the attention of both the media and the best cultural TV shows. With a remarkable number of followers on social media, she gifts her fans with a novel about a young couple whose love is challenged by the threats of the outside world. That love, fragile and delicate as it is, must be nourished and protected like a flower. The past may not be changed, and choices and mistakes may not be undone, but the million silver stars will always be there to guide them with their light.

Daisy and Ethan’s love is yet again on the line and they’ll do whatever it takes to preserve it.
Daisy learned that, though very hard, it is not impossible for her to trust another man. Ethan taught her that. He found his way to her heart once again, reminding her they are bound together like two binary stars traveling side by side across the infinite cosmos. What they don’t know is that the past which pushed them apart has yet a story to tell. And there’s someone who’s ready to do everything in order not to forget what happened years ago: Tommy, Daisy’s childhood friend, who enrolls at the same university and starts nonchalantly to hang out with her friends. The same Tommy who slowly instills doubt in her, making her wonder whether giving Ethan another chance was a good idea. Too many unanswered questions floating in Daisy’s mind may lead her on a path of grief, away from Ethan, away from his strong embrace. But the burden of his heavy secrets is hard on her happiness. No love can flourish in a bed of uncertainty. Daisy finds herself at a crossroads where neither the starry sky, which Ethan taught her to read, nor her beloved philosophers can aid her this time. She’s by herself, with nothing but her courage and the will to still believe. The love dream which blossomed from their childhood, within the wooden walls of the tree house, can’t fade away just like smoke. It can’t be just an illusion. She’s resolved to protect it no matter the cost. 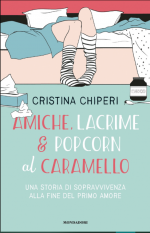