Martine Is on Gleeden® 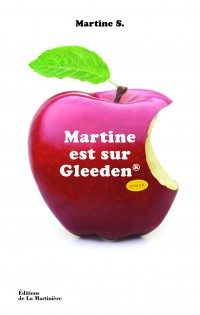 Martine Is on Gleeden®

The Apple of Discord
Last night, Martine dreamt she was a lamb chop in an airtight package from the supermarket. Because Pierre, her husband of 20 years, is cheating on her. And not with just one woman, but with a whole catalogue of them. It’s like Sears-Roebuck’s, but instead of overalls, it’s filled with married people with roving eyes looking for more of the same. Pierre found a mistress on Gleeden®, the “first website for extra-marital dating.”

To begin with, Martine just screamed. Because of how much it hurt, and because of the other woman’s body. But also because that kind of cheating was petty, and ugly and so middle-class. Not even flamboyant, like Anna Karenina.

Then, she begins to grope for Pierre in the dark. They talk to the point of exhaustion for nights on end, like all unhappy couples do. They measure their differences. Pierre explains, wringing his hands, pleading for understanding. They still love each other.

And so for his sake, and for her own, she confronts the questions that humdrum women – the ones who’ve been baking cookies for 20 years and have stayed out of the catalogues – have to ask themselves. “Am I hopelessly naive?” Martine wonders. She tries everything, goes to a sex shop, buys strange sex toys, and watches couples making love on line. Every step she takes brings unexpected information about the world, and about herself, too…

Then comes the final step towards understanding Pierre: Martine signs up for Gleeden. And she talks to men. Dozens of them. It’s so easy. All you have to do is dream. But Martine doesn’t know how far all that will take her.