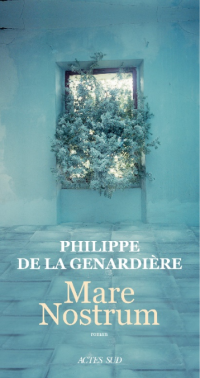 Adelphe, a man of mature years, lives on his own in Paris. For many years he has been an editor at a Parisian publishing house. Adelphe has always sought energy and light in beauty. A young woman called Maïsha appears in his life and upsets his fragile equilibrium. She is black and from a different background, but she sees in him an individual immersed in a bygone world that is outdated, culpable and yet alluring. But their nights of passion are pierced by a suspect past which engenders revolt in this woman who has grown up so far from her ancestral land. In the arms of the white man, the young orphan of an imagined Africa works herself up into a fury: that of an entire people destroyed by slavery. Her violence will ultimately drive Adelphe away.

Immersing us by turns in the memories of our dark collective past and in the meanderings of the irrational mind, the writing of Philippe de la Genardière confers on this burning quest that appropriate sense of perspective that literature imposes on the real world.