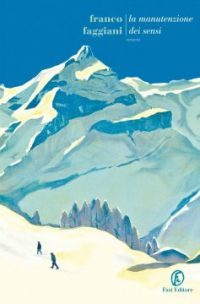 “Maintenance of the Senses is a story of a how a paternal feeling grows in an authentic environment like the mountain. The evil of today’s world can be cured at high altitude; an escape from the city often becoming our salvation.”— Zita Dazzi – Robinson, La Repubblica

“Maintenance of the Senses develops the following of an inner path, both touching and unique, where in order to survive and make sense of time, it is necessary to change.”— Sergio Pent, La Stampa”In this book, mourning and sickness become the weapons of a salvation that has all the strength of the wind.”— Jessica Chia, Corriere della Sera

“Maintenance of the Senses is successful, multifaceted, and soulful, in the best way possible.”— Bianca Garavelli, Avvenire

“In Faggiani’s novel, the mountain becomes the place where the voice of feeling reverberates with discretion between the woods and the snow-capped peaks.”— Giulia Ciarapica, Il Messaggero

“A deeply human novel that treats everything with lightness and kindness: with neither pietism nor condescension, not even when telling of the pain in mourning, Asperger’s Syndrome, or of a love that doesn’t improve.”— La manutenzione dei sensi su La Nuova Ecologia

“A novel about change, fatherhood, and  youth, in which a father and son find their true dimensions in contact with nature, regaining essential values ​​such as simplicity and beauty.”— Fazi Editore

A book that overflows with humanity and authentic sensitivity, delicate and therapeutic as a stroll in the mountains.

At the crossroad between causality and destiny, Leonardo Guerrieri and Martino Rochard meet. Leonardo is a fifty-year old widowed with a brilliant past and a drifting future, and Martino Rochard a little boy, forced to face his own insecurities in solitude. Leonardo and Martino have different origins and ages, but the same secretive and taciturn character. Martino, in temporary foster care, does not ask, claim nor tell: he keeps to himself and never disturbs. He is diagnosed with Asperger’s syndrome.

To escape the apathy that is about to enfold both of them, Guerrieri decides to move to a large, remote and isolated home, in the woods and high altitude pastures of the Piedmont Alps. It is right in the solitude of the mountains, gazing at the clouds and bringing the animals to the pasture, that they cultivate their own passions in contact with the simplest things and the most genuine people. There, the boy will find himself and his father a new serenity.

A reflection on the thin border between normality and unconventionality.

A novel about change, paternity, youth, in which father and son find their true dimension in contact with nature, rediscovering values ​​such as harmony and beauty.

A profound book, filled with evocative yet real atmospheres of alpine life, capable of curing the soul and giving new impetus to life.

A story of peaceful wisdom and poetry, that reintroduces the reader to a simple existence, made of small things.

Franco Faggiani, lives in Milan and has always been a journalist. He has worked as a reporter in some of the most crucial areas of the world. He has written about the economy, the environment, sports and, in recent years, food and wine. He has written sports books, guides, biographies, essays, and textbooks. He has always alternated his writings with long, solitary explorations of the mountains. 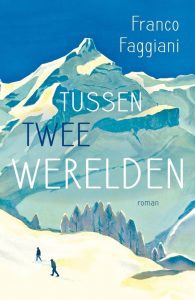