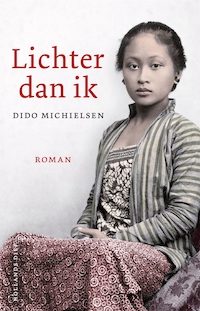 Michielsen wrote a loving, sober and visual story about the life of a Javanese woman in the Dutch East Indies. — NRC Handelsblad

An important and successful implementation of the unknown branch of many Dutch Indonesian family trees. — Trouw

This novel not only describes the underexposed history of Dutch interaction with native women, but also the consequences of a patriarchy in general. —de Volkskrant

Dido Michielsen, herself descended from a njai, has portrayed Isah as a credible victim of both colonial and native Javanese society. In this way, she deftly fills the empty space that njai’s have often left in the family tree of Indonesian families. An impressive and poignant novel. — Literair Nederland

A powerful testament of a changing world and a strong-minded woman trying to find her own place in that world. — Opzij

The dramatic life story of a proud Javan woman who is mangled by the morals of the Dutch East Indies. Written with the eye of an authority – from the inside. As surprising as painful. A baffling history that moves us to this day. Thrilling and written exceptionally well. What a talent! — Adriaan van Dis, author of My Father’s War (Indische duinen) and I Will Return (Ik kom terug).

Moving, historical novel about position, desire and identity in the Dutch East Indies of the late nineteenth century.

Yokya, Java, 1850. Isah is the daughter of the sultan’s tailor. Her life and position in the strongly hierarchical culture of colonial Java seem to be predetermined. However, Isah possesses an extraordinary determination and a willful character. She takes control of her destiny and escapes her arranged marriage by starting an affair with a ‘Belanda’, a Dutchman stationed on Java. But what does she have to sacrifice to provide her two daughters of mixed blood with a life better than her own?

Dido Michielsen is a journalist and writer. She wrote among others Dochters van ver, Lisa & Lin: Vijf weken terug in China and De redding van de familie Van Cleeff. Her fiction debut Lighter than I is based on the life of her great-grandmother.