Letters on Our Path 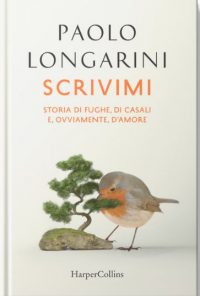 Letters on Our Path

With the elegance and irony of the best contemporary love stories, from Nick Hornby’s High Fidelity to One Day by David Nicholls, Longarini gives his readers a great story of destiny, keeping faith with oneself … and, of course, love

Cactuses. They’re ugly, prickly, live in the desert and don’t sway delicately when the wind blows. No-one bothers to glance at them, because when you’ve seen one, you’ve seen them all. Yet they, too, bear flowers. They simply need time and faith to blossom; if everyone considers you a mere cactus, you start believing it yourself and behave accordingly. You need a reason to blossom.

Fabrizio De Santis is the heir of a well-known family of notaries that has drawn up contracts and legal documents in Milan for centuries. He has discovered a mistake in a document drawn up by his firm and decided to report it to the authorities.

But just as he is at the bar, ready to give himself up and face the consequences of his actions, his father, who has never shown any particular enthusiasm for this dreamy, vague, goodnatured son of his, bursts in. He grabs his arm and, without letting him finish his voluntary statement, drags him away, revealing to him what was already obvious to everyone apart from himself: the mistake existed and the whole of the firm had always known about it and taken advantage of it to make money. Fabrizio objects and his father does what he’s been wanting to do for some time now: he disinherits him and obliges Loris, his bodyguard, with a past spent between crime and the Vietnam war, to make him leave Milan.

Luckily for him, Fabrizio has a guardian angel: his best friend, Saverio, who puts him in charge of a run-down farm near San Gimignano… Caterina Vanoli, instead, lives in Boston, where she teaches environmental architecture. It isn’t a happy period. Her mother has recently died. Her boyfriend of five years has left her. Over the phone. And her priest, Father Joseph (who had been Caterina’s boyfriend in High School) has a revelation to make: the unaffectionate and violent man who brought her up was not her father. Her father was, or perhaps still is, an Italian from Tuscany and comes from a medieval town called San Gimignano…

This is the beginning of the chain of huge coincidences that will cause the two irresistible main characters to cross paths: Caterina, a woman both strong and fragile, and Fabrizio, pure of heart, idealistic and rather awkward.