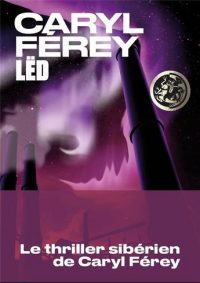 Welcome to a remote, icy hell at the ends of the earth.

A masterful new work by one of the stars of French crime writing.

The magical, hostile realm where the Northern Lights dance in the sky and the temperatures plunge to – 60°C inspires a gripping new thriller by the author of Zulu.

Following an Arctic hurricane, the body of a reindeer farmer is found in the rubble of a collapsed building. Boris, a taciturn investigator from Irkutsk, is sent to ID the body. A previous corruption case that led him straight to a judge and his superior placed the kiss of death on his career. He can count himself lucky it wasn’t worse than being posted to this forsaken outpost, two hundred miles north of the Arctic circle.

No-one knows what the elderly Nenets nomad was doing in Norilsk in the first place. But when his autopsy shows he was murdered, Boris’s investigation takes off in an entirely unpredictable direction. Because in Norilsk, everyone watches each other. And corruption is everywhere.

Caryl Férey’s latest gripping thriller with a sense of place

Caryl Férey was deeply inspired by Siberia. Its territory, history, and peoples left a searing impression on him. His latest novel explores the lives of young people confronting their past and their passions. Life is harsh in this former gulag where homosexuality and poetry were once marks of sedition, leading to prison – or worse.

The gulags have given way to a mining industry that makes Norilsk one of the most polluted places in the world. From the crumbling ruins of Stalinism, a triumphant capitalist empire rises. The nomadic Nenets who long roamed these inhospitable lands are gradually dying out.

“At 700 rubles (10 euros) a kilo of air-freighted tomatoes , Gleb usually plumped for frozen food and Nikita was no gourmet – for that, he would have had to have eaten something good once in his life, as he would say with his customary sense of measure. In the miners’ fridge were still some leftover pickled cucumbers and herring, which they washed down with vodka. A quick meal, as usual, with music to cover their voices and allay suspicions in the surrounding watchtowers. If caught, they would be punished, banished, scorned, and harried all the way to Vladivostock.
Howling gusts of wind buffeted the windows, swaying the building. A pure state of mind for Gleb, the pragmatic adventurer. Finishing his meal, he pulled on a woollen jumper over his orange t-shirt while his friend washed up.
‘I can’t wait until we can get outside again’, grunted Nikita, the clean forks clinking as he put them aside.”