The Priory in Crest 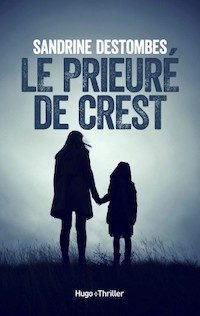 The Priory in Crest

From the French bestselling author of The Twins of Piolenc, which sold over 30,000 copies in France, Le Prieuré de Crest is an addictive and magnetic thriller taking place in a village of southern France, and a cleverly constructed page-turner.

The sub-lieutenant Benoit will remember this scene for a long time. Would he have acted differently if he had known what would come out of a simple roadside check? A tormented child. A wanted mother. A female driver in a ditch. A dead body with its eyes removed.

Like a morbid nursery rhyme, his report will announce the end of the happy days in Crest and the end of peacefulness for the Priory’s residents, where the troubling Josephine Ballard rules over her protégés. When the Legal “experts” arrive in the region, Benoit understands that death invited itself to the village of Crest and that it seems to like it there.

Born in 1971, Sandrine Destombes lives in Paris and works as an event planner. The Priory in Crest is her sixth thriller. In 2018, she won VSD RTL Prize for Best French Thriller, presided by Michel Bussi, with her book The Twins of Piolenc, which sold over 30,000 copies in France, and was translated in 5 languages (Italian, Spanish, Dutch, Polish and Hebrew). 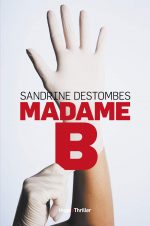 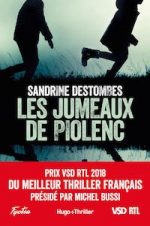