Original title: The Hunger and the Thirst 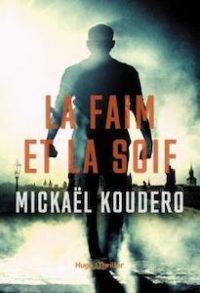 Original title: The Hunger and the Thirst

Cannibals, the Devil and darkness…

Paris, June 2015. In a flat that looks like a chapel, a young woman has cut her wrists. Before committing this irredeemable act, she has tried to remove her own eyes. Even stranger, she has left piles of creased papers on which the same name is written, over and over again: Nosferatu. A Romanian word which refers to the undead, to vampires and to the Devil.
A few months earlier, the body of an undocumented young Romanian boy is found in a car park under construction. Emptied of his blood. Gutted. Half devoured. Two cases apparently unrelated. But Raphaël Bertignac, a former investigative journalist, establishes a link between the discovery and the suicide.

Cannibals, the Devil, organs… words with animalistic connotations which lead Raphaël to investigate in Paris, Prague and the heart of Romania. In those forbidden territories, nothing seems to make sense. He will understand that under the ashes of the 1989 Revolution and Ceausescu downfall, a threat was born. Intimate. Cannibalistic. Wild. The hunger and the thirst.

Mickaël Koudero was born in 1982. He graduated from a film school and is a French novelist and screenplay writer. His first thriller The faces and the deads, sold thousands of copies as an self-published book. He was published in short story collection Phobia along Olivier Norek and Ian Manook.