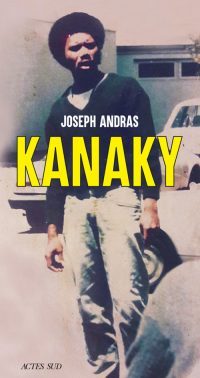 In April and May 1988, a hostage-taking incident at Ouvéa cave in New Caledonia prompted a military intervention and resulted in 21 deaths, 19 of whom were Kanaks.

One of the victims was the 28-year-old Alphonse Dianou, a musician who had studied at the seminary to become a priest, was an admirer of Gandhi, and also the charismatic leader of the Kanak and Socialist National Liberation Front independence movement. Having been carried out of the cave on a stretcher with a simple leg wound, he was dead on arrival at the military hospital, and mystery (a conspiracy of silence?) continues to surround the circumstances of his death. Was he a terrorist or a martyr? A Frenchman or a Kanak ‘barbarian’? Pacifist or murderer? Christian or communist?

Having set out to investigate this complex character, Joseph Andras ended up writing this book. It is a portrait but also a travel log, a well-researched reconstruction of a bloody episode of recent history, and a reflection on the vestiges of French empire. The style is both incisive and lyrical and the contents reflect the ardent engagement and patient and attentive curiosity which have become the hallmark of his writing.

Born in 1984, Joseph Andras is the author of a very well-received debut novel De nos frères blessés (Actes Sud, 2016) and the free-verse poem S’il ne restait qu’un chien (Actes Sud, 2017). Kanaky. Sur les traces d’Alphonse Dianou is his contribution to the debate in the run-up to the referendum on self-determination in New Caledonia due to take place on 4 November. 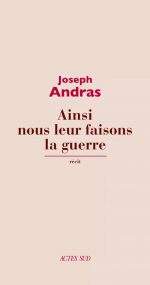 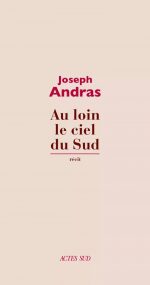