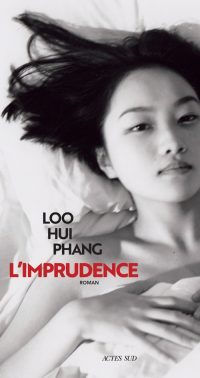 ​The rebellious first novel of graphic ​novelist Loo Hui Phang brings to life a girl at the edge of our senses who wonders whether imprudence, which signed her freedom, isn’t also an inheritance. — Véronique Rossignol, Livres Hebdo

In this short and dense novel we find the style of the author, sensuality, meticulously chosen words, associated with a form of brutality in the writing, short and forceful phrases, which fight the measure of a story fractured by memory. — Laurence Houot, Franceinfo.fr

A text both discreet and powerful, in audaciousness and sensuality, declaring vicious detachment and attachment, and the body as the sole territory of liberty. — Aliénor Debrocq, L’Echo

The most astonishing thing about this novel is the sensuality which emerges from these pages through the evocation of desire, the body, and as she walks the streets of Savannaketh in Laos. A debut novel completely mastered. — Caroline Herbeck, Page des libraires

A beautiful text which makes the most of sensation. — Mathieu Champalaune, Transfuge

A beautiful novel on roots and integration. […] A text that is elegant and restrained. A powerful text about the quest for identity, about roots and origins. — Serge Bressan, Le Quotidien

A young female photographer who lives on instinct, entirely wrapped up in her projects and her desires, learns of the death of her grandmother in Laos, her native country that she left at the age of one. She travels with her mother and older brother to be with the widowed grandfather. Though she does not look it on the outside, on the inside she feels like a foreigner. Growing up in France has offered her a degree of independence and freedom to seek out pleasure that would have been unthinkable for her in Laos. By contrast, her brother has experienced exile as a dispossession that has imposed on him an identity that will forever be inauthentic. For her part, she is hoping that they can reconcile themselves with their childhood.

Immersed for three weeks in a history which is not her own and yet which belongs to her, the narrator learns afresh who she is, where she comes from and the source of the various passions that animate her.

Born in Laos in 1974, Loo Hui Phang grew up in Normandy where she studied literature and cinema. She enjoys collaborations (including with Michel Houellebecq, Rodolphe Burger and Frederik Peeters) which tell stories that are haunted by the themes of identity, desire and strangeness.