I'm Coming to Get You 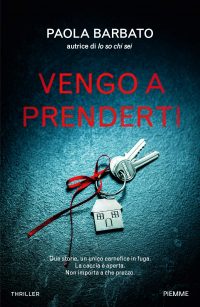 I'm Coming to Get You

Paola Barbato leads us right into the heart of absolute evil and plays with it, deforming it and giving us back a different, uncomfortable truth, difficult to accept but completely free of prejudice. And she has us in her grip right up to the final, dramatic turn of events.

The most important case in his life unexpectedly bursts into officer Francesco Caparzo’s life. He is following the stalker of a woman he’s been trying to help for a year, when suddenly he finds himself in a an old industrial warehouse in the middle of nowhere. Inside, the horrifying scene of a private zoo, eleven circus wagons in which human beings in pitiful conditions are locked up, with an empty cage waiting to contain his protégée and the psychopath responsible for all this, armed in front of him. A gunshot seems to solve everything: the guilty party dead, the victims safe, Caparzo about to be acclaimed as a national hero. But things are not what they seem to be. Amongst the victims an accomplice is hiding, perhaps even the mastermind behind it all, who manages to escape from the ambulance and vanish into thin air.

The manhunt begins but there are no leads, no traces to follow, the police are chasing a ghost. Caparzo realizes that the key to unlocking the origin of all this evil is in that very warehouse and in its victims. He investigates the secrets of each of them, the guilt they want to hide, laying bare the most obscure corners of their souls. And as he digs deeper, someone else is persecuting them with objects, symbols that only their killer knows. First there are incidents the police regard as negligible. Then the survivors start to die. It’s time for Caparzo to put the pieces of the puzzle together to stop the ghost he’s following from finishing off his job. 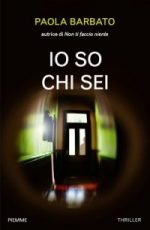