I. AM. Transhumanism: A New Religion? 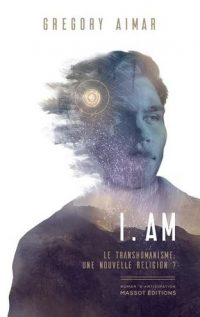 I. AM. Transhumanism: A New Religion?

The e-book format was released in June 2020.

A fascinating and pioneering novel, which makes us reflect on the future of humanity.

2025: Damian Goodwill is torn. Torn between his feelings and his intellect, his hopes and his fears, his past and his future. Transhumanism offers him the possibility of finding peace: unlimited memory, augmented intelligence, synthetic prostheses, virtual worlds, and more. Thanks to a chip planted in his brain and his permanent connection to MAÏA, the centralized artificial intelligence, Damian discovers a world of stunning power and possibility. Despite his friends’ and girlfriend’s trepidation, it seems like nothing will stop Damian from pledging allegiance to this new religion…

In fact, he is so fervent and loyal to the cause that he becomes the post-humanist movement’s spokesperson. But although Damian believes that he has found the answer to all his existential meanderings in Nephila, the party’s fascinating muse, questions still haunt him: How can you transfer human consciousness into a machine? Can we really conquer death? And above all: where is this new humanity’s soul?

A social-science-fiction novel about the effects of transhumanism on both individual lives and society as a whole.