How We’re Going to Save the World. Manifesto for Climate Justice

How We’re Going to Save the World. Manifesto for Climate Justice

Everybody’s Business has filed lawsuits against individual governments and the European Union, against multinational corporations and those who fund them. So far,over two million citizens have signed the Affaire du siècle (Case of the Century) petition,which supports the lawsuit against France for climate inaction. Our approach is collective; the climate movement belongs to all of us. So this is YOUR manifesto.

On January 10, 2019, the “Case of the Century” petition passed the milestone of two million signatures. Its purpose is to lend support to the lawsuit against the French government for “climate inaction.” Why do we need to change the system? How can we work together to achieve that? Can this model be reproduced by other grass-roots movements? How do we create a “we” composed of resistance and vigilance in order to incriminate any power structure or institution that is an accomplice to global warming? This manifesto is a call to rebel against the inaction of the“land of human rights” (as France has long styled itself), and to defend the Paris Agreement. Based on a large number of scientific studies, it assesses the state of our planet and points out the necessity for global mobilization. 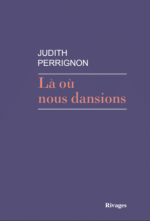