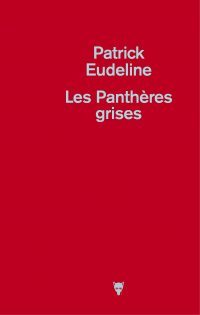 Patrick Eudeline enjoys playing the old killjoy and multiplying the comparisons between the aspirations of the present youth and what animated his generation, now sexagenarian. He does it with an often sharp pen, like a guitar riff, sometimes as tender as a bubble gum song. Since Ce siècle aura ta peau  (1997), the author has imposed an original style, able to anticipate the evolutions of our society or to denounce the hypocrisies with a delicious derision. — Télé Star

He’s a bit like [the French] Bukowski, a romantic dandy who is playing on extra time: moving, intelligent, a bit of an old veteran… But he has the charm of forgotten poets who can talk for a whole hour about Keith Richard’s jacket or the Memoirs of the Princess Palatine. — Paris Match

Eudeline succeeds in this dark novel, with it’s dry style, accurate references and disenchanted modernity […]. His style skillfully combines the tempo of Despentes with the slang verve of Albert Simonin. — Le Figaro Magazine

A caustic novel full of self-mockery, with Patrick Eudeline playing on his image as a rocker, nostalgic for a long-gone, golden age.

The author of two acclaimed novels, Poisonous (Vénéneuse, Flammarion, 2013) and Rue des martyrs (Grasset, 2009), Patrick Eudeline returns with a new story of self-mockery and the disillusionment of the 1980s generation.

The “Oldies” have decided to say farewell to nostalgia. They get their old rock band back together, even though “The Panthers” have all gone grey. Because, despite their inability to live in the present (What’s left of creating things? What’s left of spontaneity when our world has made life mechanical, virtual?), it’s better laugh than cry. “Grandpa” buys himself a Gibson and a leather jacket. Because these oldies, who were around for the post-war era, counter-culture, and punk rock, haven’t had their last word yet. They are still very much alive and kicking.

Patrick Eudeline is a singer, guitarist, dandy punk, writer, “gonzo” (Rock &amp; Folk, Actuel, Technikart, Paris Match, etc.). As a novelist, he has stood alongside Burroughs, Sollers, Kristeva, Despentes, and Houellebecq. He is a unanimously respected figure in the rock world.