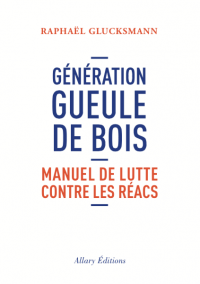 “Fascinating from start to finish.” —Canal+

“As beneficial as an Alka-Seltzer on a hangover.“ –Julie Malaure, Le Point

“An essay that gets tough on France – and Europe – making the bed of reactionaries.” –Damien Aubel, Transfuge

A Jihad in the heart of European capitals, Putin’s anti-European crusade, the National Front as France’s first political party and tough leftist parties at the door of power almost everywhere else in Europe, Holocaust denials on the Internet: these are reactionary forces that at a first glance seem independent, but that in actuality represent a common challenge to our principles and lifestyles.

Never in 70 years has our democratic model been so challenged. The temptation to seal off the boundaries is spreading across Europe. The face-to-face between Islamists and the extreme right threatens our open societies. We were lazy democrats, indolent humanists. We must learn again to talk about and defend our democracies. Descend into the arena and fight.

For a generation raised in the myth of the end of History, the hangover is terrible. Are we ready for the battle ahead?

From the Arab Spring to the demonstrations claiming “I am Charlie” and to the Ukrainian uprising in Maidan, millions of people, often young, without a party or a leader, without any dogma or program, took to the streets to tell their attachment to the values of freedom, openness and tolerance. These civil uprisings carry the answers we’re looking for. We haven’t found them yet. And time is running out.

Raphaël Glucksmann left France at age 20 to live in Algiers and work at the newspaper Au Soir d’Algérie. There, he witnessed fatwas against journalists and cartoonists, of which dozens were murdered by the Islamists of the Armed Islamic Group. He then moved to Eastern Europe where he saw from within the Rose Revolution (Georgia, 2003) and the Orange Revolution (Ukraine, 2004), before becoming one of the closest advisers of Georgian President Mikheil Saakashvili for five years. In 2013, he returned to Ukraine and participated in the EuroMaidan revolution as an adviser to Vitali Klitschko and Yulia Tymoshenko, the main leaders of the movement. He is the author of a documentary about the Orange Revolution (Orange 2004: a European revolution) and the Rwandan genocide (Kill them all!). 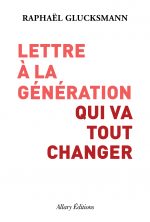 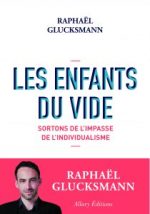