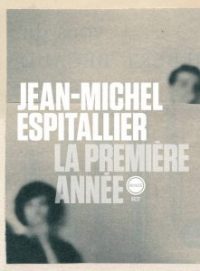 As the terrorist attacks are wreaking carnage just a few hundred metres away from his apartment in Paris, Jean-Michel Espitallier is living through his own tragedy. His partner Marina has died, ‘murdered’ by cancer.

This book is the chronicle of a death that records the slow and calm approach of the end, its eruption into his life (captured with a rare acuity), and then the first year of absence. Shunning voyeurism, but sometimes crude and direct given the physical intimacy involved, Jean-Michel Espitallier shares the thoughts and feelings that his loss inspires in him.

Reminiscent of the Journal de deuil by Roland Barthes, and also of the precise prose of Annie Ernaux’s novels, this essay records the gradual erasing of the material traces that evoke the existence of the other person, increasingly replaced by memories instead, which become the only lens through which the present time can be experienced. In the process, a moving portrait emerges of the woman who no longer exists, coupled with an intense meditation on time itself.

From 1985 to 2002, Jean-Michel Espitallier worked at Gallimard and then at Tallandier. He is the co-founder of the review Java (1989-2006). From 1992 to 2002, he contributed to the Magazine littéraire while also pursuing a parallel career as a drummer and working with a wide variety of artists. He is also a member of the editorial committee for the Radio poetry project (Fondation Louis-Vuitton, 2015-2016) and edits the ‘A tombeau ouvert’ collection at Philippe Rey. 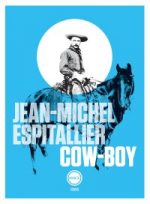