Carlo, a professor of storytelling, teaches a weekly six-hour course during which he often indulges in his own sense of failure and finds some fulfilment in the young feminine shape of a student named Sofia. He struggles to repress memories and fantasies of her in the university bathroom as his marriage forbids him this obsession. Margherita, an architect turned real estate agent, may be a woman like any other.

Her tendonitis drives her into the roving hands of her physiotherapist, Andrea. Carlo and Margherita are in love, happily married and in their mid-thirties. They know one another well. They are alike even in their quiet restlessness. And it happens that their desires stray beyond their bedroom.

The dream of a flat bathed in a special light, in the heart of Milan suspended between the old streets of Dino Buzzati and the modern skyline cutting the horizon, a dream that is truly too expensive to realize, might help to bring down the wall Sofia and Andrea have built between them.

Love, with its unassuming and incredible power, will pull them from the brink with the help of Margherita’s mother, Anna, the couple’s anchor and lighthouse, a seamstress who can teach them how to mend.

After eight years and the birth of a son, however, when the past resurfaces in the form of books sent anonymously, not even Anna is strong enough to save them. At what exact moment does youth end? When does excitement step aside for tenderness?

Fedeltà is a novel that gives voice to bodies, exploring the tension that, without them, we could never know. Missiroli constructs a tender but muscular story and confronts readers with a hard but necessary question: what is fidelity? Is Margherita right to ask herself: “Does infidelity mean being faithful to oneself”?

Marco Missiroli was born in Rimini and lives in Milan. He writes for the culture pages of the “Corriere della Sera” newspaper. His first novel Senza Coda (Fanucci, 2005) won the Campiello Opera Prima. His novels include Il buio addosso (Guanda, 2007), Bianco (Guanda, 2009), Il senso dell’elefante (Guanda, 2012) and Atti osceni in luogo privato (Feltrinelli, 2015), for which he won the Super Mondello and the Mondello Giovani. Atti osceni in luogo privato is currently being translated into numerous languages. 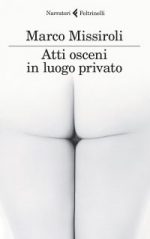 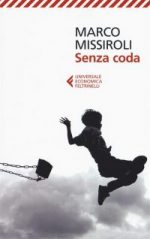