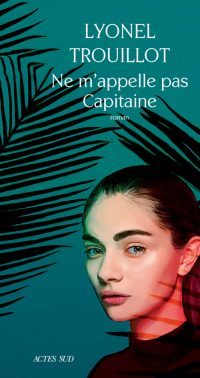 Novelist and poet, Lyonel Trouillot has worked for decades to demonstrate to the world the anger and dreams of the Haitian people… Here, the author honours his beautiful language in a mission of public interest.— Véronique Rossignol, Livres Hebdo

A journalism student from the white upper middle classes in Port-au-Prince experiences a culture shock when she looks into the story of a man nicknamed Captain and discovers a decaying district full of ghosts that was previously a bastion of political struggle. In the process, her life is transformed as she finds common cause with the Captain and others whose lives have run aground.

When Aude knocks at the Captain’s door, he sees in her nothing more than a silly, spoilt little white girl whose only experience of suffering has been what she has read in fairy tales. And yet she offers the cantankerous old man who never moves from his armchair the chance to break out of his silence. She initially brings out anger in him, but gradually she brings to life again the master of the martial arts that he once was and ultimately teases his entire past out of him.

Ne m’appelle pas Capitaine blends pain and happiness in exploring memory, the duty to rebel and a certain notion of hope. Lyonel Trouillot once again scales the unique and heady heights of La Belle Amour humaine in this literary and universal novel.