Journalist Linda Polman has immersed herself in the phenomenon heart and soul, with fascinating results. This book is impossible to put down. —De Telegraaf
Hilarious, heart wrenching, chilling, and on top of that, very well written.  —Jellie Brouwer, Radio Kunststof
A fantastic book: hallucinating scenes, masterly written. With the necessary distance, but very humane and extremely funny at times. —De Interne Keuken, Radio 1 Belgium
Polman describes the women and their criminal partners with great empathy and not a trace of sarcasm. Her attitude of genuine concern creates a moving portrait of a closed world devoid of hope. —Elsevier
Wonderful. Warmly recommended … It is precisely Polman’s combination of in-depth investigative journalism and intimate description of human tragedy that ensures her readers have understanding, or at least sympathy, for all those involved. —De Correspondent

The best way of making abstract suffering tangible is through personal stories. In Death Row Dollies, investigative journalist Linda Polman plunges into the bizarre universe of the American death penalty ‘industry’ and those crushed in it.
Polman presents a wealth of absurd, harrowing and moving stories, along with her own observations, garnered from time spent over several years in the company of ‘death row dollies’: European women who passionately link their fates to that of death-row inmates in Texas. She follows not only the British, Italian, German and other trans-Atlantic ‘dollies’ to their cheap motels

around death row in Texas’ boondocks, but also the tireless ladies of Texas’ own tiny anti-death penalty movement, and widows and orphans who, after the execution of husbands and fathers, are left behind with the inheritance: often not much more than letters and a table fan. And she meets the inmates themselves.
Polman’s bitter sense of humor and her lively, no-nonsense style give the book pace and the reader room to breathe, but nowhere does she lose sight of essentials. She casts doubt on America’s image as a land of unlimited opportunity by implicitly asking which is more reprehensible: the terrible crimes committed, or the punishment that the good inflict. 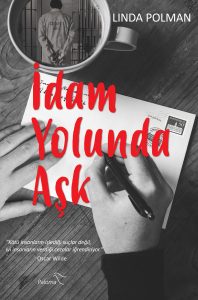 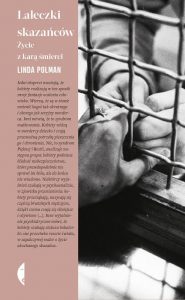