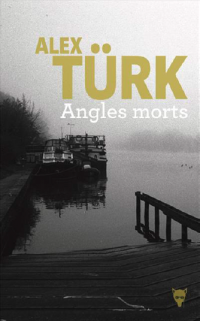 In the mists hovering over both the Deûle Canal near Lille, and the banks of the Seine, in Paris, Charlus Van Roncqueghem and Dominique Coblenz’s investigations will overlap and echo each other. A rakishly atmospheric police procedural.

Charlus Van Roncqueghem, the head of the homicide bureau in Lille, the capital of northern France, and Dominique Coblenz, chief of the serial-crime investigation bureau in Paris, have enjoyed a bond of friendship for over twenty years. Both men have a taste for tricky cases and enjoy nothing better than tucking into a hearty, delicious meal.

When Coblenz decides to take a quick trip to his old pal’s neck of the woods, Charlus is thrilled to play tour guide for him. But soon they both get drawn into ongoing investigations: another young woman found with her throat slit in a parking lot for Coblenz, and another body fished out of the Deûle for Charlus. Is the former the work of a serial killer? Is the latter part of a suspicious series of suicides or just an accident? Although Coblenz, the narrator of the tale, has to dash back to Paris, the two men decide to lend each other a hand in solving their respective cases.

Police Chief Coblenz’s love of looking beyond logical conclusions and digging into cul-de-sacs and other dead ends will allow him to find meaning where there seems to be none. And even a connection between the two seemingly diametrically opposed cases, as long as he’s at it!