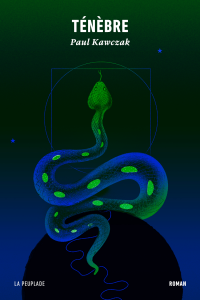 “The premise, the approach and the characters are simply irresistible, but what I like the most is a sort of classic scent that springs from this old-school adventure, like a nineteenth-century novel–in the best sense of the term. Ténèbre is a tale of explorers, an Adventure with a capital A, one of those great stories of impossible love and death breathing down the neck of the characters. The kid in me continues to enjoy the promises offered by this type of reading. And as editor of Marlon James, I must confess that I was highly attracted to certain features akin to magical realism and thus alien to the Western reader. I simply love its oddness. Last but not least, the end-of-siècle background of the novel allows the author to take stock on a dying Europe trying to stay alive at the expense of the African continent. If there is a good time for such a novel to reach readers, I would say it is now.” — Jesús Rocamora, Acquiring editor, Planeta

“I loved it. Darkness is a great adventure novel; a crazy and sensual story that is, in the end, ferociously political. But it Kawczak’s style what makes Darkness a great book: from the first to the last word, everything is well thought and marvelously placed.” — Antoine Jarrige – Cultura Bègles

A complex and subtle exploration of how refined barbarism can really be.

Brussels, 1889. The surveyor Pierre Claes is commissioned by Leopold II of Belgium to delimit a section of the northern border of the Congo Free State, assisted only by Xi Xiao, a timid Chinese emigrant that he hires upon his arrival in Congo.

Xi Xiao is a former executioner specialized in lingchi, a Chinese form of torture consisting of slowly removing parts of the body, which eventually results in death. Together, in the course of their travel in central Africa, they will be deeply shocked by the horrors of the colonial system and slowly Claes will be invaded by deep melancholy.

He ends up asking Xi Xiao to cut him up, just like he has cut up the African continent. Xi Xiao accepts. The former executioner, who always has been able to read the future in the wounds and caresses of the world, knows two things: he will love Pierre Claes, and he and Claes will die at the same time.

Retracing the history of Claes’ family and describing the violence of the Congo of Leopold II, Darkness paints a gripping and original portrait of the Western world’s bloodlust in the 19th century.

Paul Kawczak was born in the French city of Besançon and now lives in Chicoutimi, Canada. He is the author of the short stories collection Un long soir (La Peuplade, 2017). Darkness (Ténèbre) is his first novel.