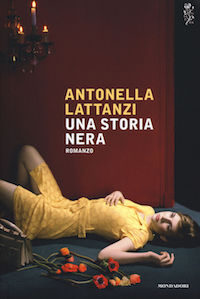 “With this cinematographic way of telling stories, Lattanzi is excellent in keeping together literature and entertainment, talking about dark stories and crime and supervising the evolution of the novel with wisdom. A Dark Story is so thrilling as a serial crime transformed in literature”. — Francesco Piccolo, Il Corriere della Sera

“A novel with an impressive narrative structure, where all the topics are faced – love, hate, violence of men, the reaction of women, the gaze of the children – and nothing is like appears. A dark story that we suppose we know, but that surprises us until last page.” — Cristina De Stefano, Elle

“A novel as compelling as an amazing thriller.” —Vanity Fair

“A book that makes you question the difference between good and evil.” — Cosmopolitan

“There are books we can’t stop reading, their words envelop and drag us inside a story that isn’t the story we were expecting. And before we realize what is going on we have already fallen into it, imprisoned by the words and by a meticulous and musical writing that attracts and glues, making us continuously wait for something dreadful.” — Il Foglio

Carla and Vito married when they were very young. They used to love each other much, but Vito’s love was obsessive and violent. A smile on Carla’s face or a short dress were enough to make him lose his head and raise hands to her. As soon as Nicola and Rosa – their older children – have grown up and left home, Carla decides to divorce and moves with her three-year-old daughter Mara to an apartment in the suburbs of Rome. These working-class suburbs made of high sun-cracked concrete buildings and the seagulls look like birds of prey quarreling over food waste. However, Vito keeps tormenting, tailing and threatening Carla. On Mara’s third birthday, giving in to the child’s insistence, Carla invites Vito to dinner. After much time the family is reunited and the evening goes surprisingly smoothly. In the next hours Vito disappears.

In a story where all protagonists seem to be interested in getting rid of Vito, falsehood appears to be the only way of salvation. Who really did it? Was it Carla, who suffered violence for years without ever leaving? Was it Milena, the jealous lover? Does the family hide an even more terrible mystery? Inside a dark story of violence and abuse against women Antonella Lattanzi, tiptoeing on the border between good and evil, between guilt and justice, progressively unveils the secrets of the Semeraro family, suspending any judgment on the victim and on his executioner, to finally shed light on what really happened the night Vito disappeared.