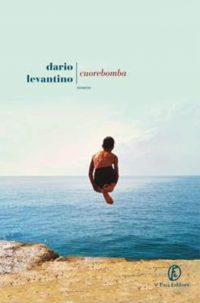 «Levantino has a quick prose, he has the gift of knowing how to grasp the misery and despair, the small things in life, and of capturing that unbridgeable gap that separates the popular quarters from the lounges of high society». Francesco Musolino, La Repubblica

«Dario Levantino, with words that ‘shape reality like a seamstress’, tells the story a family suffocated by betrayal». CasaLettori, La Repubblica

From the author of Di niente e di nessuno (Foreign rights sold to Payot & Rivages, France), a new gripping and vibrant novel. An intense story that blends the personal and the political in an exemplary story on the power of redemption. A book on the salvific power of human bonding, against the backdrop of a disturbing criminal underworld.

Brancaccio, a downtrodden suburb of Palermo. There is only one protection from the fierceness of this neighbourhood: family. But families, as we know, are unhappy by definition and so is Rosario’s. His father has another woman and another son; now he is in jail for drug dealing. His mother, Maria, on the other hand, having discovered her husband’s double life, has fallen ill with anorexia. It is not long before social services transfer Rosario to a foster home, while Maria ends up in a clinic for eating disorders. The boy thus becomes a sort of Oliver Twist, engaged in a struggle against a crazy system which, in the name of children’s rights, cuts ties and separates loved ones. Fortunately, there is Anna, a mysterious girl who offers Rosario the light of a revelation. There is only one poison against death: love.