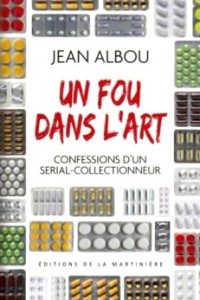 The extraordinary destiny of an ordinary bipolar

“I calculated that in less than two months, I had spent over fifteen million euros on various purchases of works of art and the acquisition of a piece land next to the sea. And I am not including in this amount expenses related to my billionaire lifestyle. The doctor was right: I was “a case study”. I think that never a manic-depressive has gone as far into madness, and has found as much to fuel its delusions of grandeur, with nobody to stop his desperate flight towards it. Is it crazy to think that I constitute, for my defending body, a unique case, a paradigm of the manic-depressive psychosis? My story could be used to define an experimental model of the disease, of which all excesses are likely to be examined in their purest expression. But I have no desire to end up a guinea pig in the hands of neuropsychiatic researchers.”

Jean Albou is now ruined and rejected by his peers. He lives with his parents under guardianship and on lithium. Here is the story of a meteoric rise – and its ruthless and lonely fall.