Cop. How I infiltrated the police 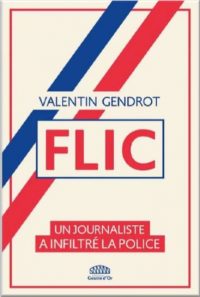 Cop. How I infiltrated the police

The story of a French journalist who infiltrated the country’s police force and describes a culture of racism and violence in which officers act with impunity.

What happens behind the walls of a police station? In order to answer this question, Valentin Gendrot put his life on hold for two years. He decided to follow training and become a police officer. Several months later, with his arm on his belt, the undercover journalist was working in a police station in one of Paris’s tough northern arrondissements, where relations between the law and locals are strained.

Valentin Gendrot hides nothing. He recounts the precarious working conditions, the suicide of a colleague of the police station, the racist remarks made by state agents, the blunders, the violence, the cover-ups. On a regular basis, certain cops insult and beat up young black, Arab and migrant men: “the bastards”, as they call them.

Valentin Gendrot opens a door no one has crossed before.

In a few words

“I wanted to go undercover in a police commissariat so I could show what we never see. Our society has there are two big taboos: police violence and malpractice and police suicides. We either like the police or detest them. I thought it had to be more nuanced.

This book is not anti-police. It’s a factual account of the day-today life of a police officer in a difficult district of Paris.” – Valentin Gendrot